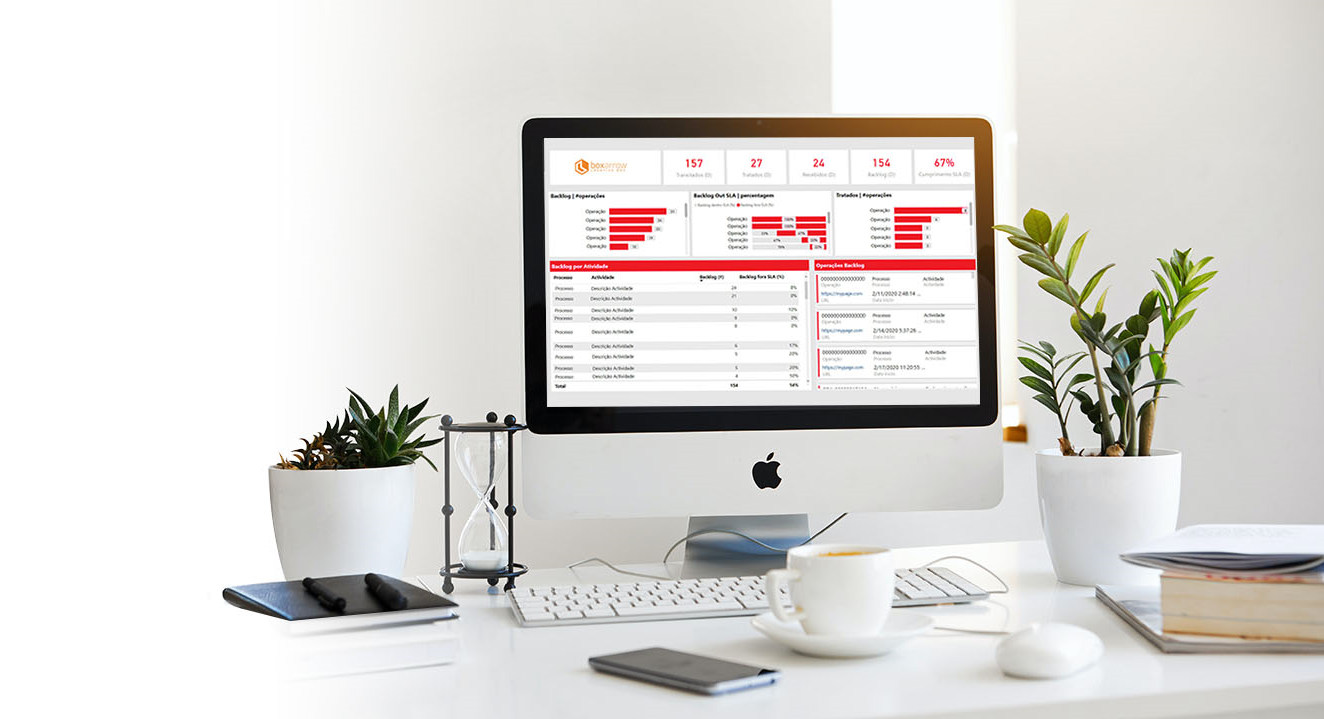 According to the etymological dictionary, dashboard is a concept that dates back to Mesopotamia, associated with the frontal anti-debris protection that horses produced when pulling carriages. Despite having kept that essence of anti-surprise protection, the dashboard concept was renewed and evolved to the vehicles instrument panel, this time motorized, and from there, to the well-known board of key performance indicators, that substantially support the business strategy.

A performance Dashboard is an element that consolidates the capture of data from both operation and business translated into indicators, that should have a crystalline match to reality, allowing to derive, in a holistic abstraction layer, the support for decision-making, visually marking the most relevant points.

Beside monitoring the business, it is a great element for setting objectives (and subsequently, analyzing their achievement), creating this additional value by fostering the convergence of an organization to goals, mobilizing areas around targets that address the same final objectives.

When set to also look at the future, with forecast elements, anticipates future scenarios and the convergence of a set of actions to be evaluated.

Regarding their own future, as dashboards, two perspectives can emerge: the router operational bidirectional intelligent process and the smart tailored firewall.

The smart tailored firewall option is based on the vision in which the fast-paced evolution of artificial intelligence and predictive algorithms, makes it natural that predicting trends and patterns of behavior based in each user data becomes an increasingly integral part of an automatic tailored data system.

As for the router bidirectional intelligent process, it is based on the same vision but funnels data to and from dashboards, using orchestrators, so that explicit outcomes lead to specific actions or suggestions, making it easier to achieve some strategic business goals.

Adding some detail, and starting with this latest, technologies that support the creation and presentation of dashboards will tend to evolve towards being more comprehensive, proactively incorporating automatic actions either when deviating from established goals, or in scenarios of increased gap concerning the competition, or even in response to what the forecast provides.

This technological context has the potential to use the information they produce, and by using orchestrators, to automatically and proactively notify either bots, RPAs or others actionable in the organizational chain, allowing them to respond in accordance with the outlined objectives, gaps or trends.

So, adding space for the potential to automatically analyze the data presented in the dashboards reversely down to the most operational level, and surgically pinpoint and report where the original weak point is. In this scenario, dashboards evolve to be an integral part of a much more comprehensive system, and to become true multi-branched wires that absorb and consume data, transforming it, and at the end of a chain, intelligently foster actions and reactions in an automatic and continual circular form.

As for the smart tailored firewall, this considers dashboards that play a center role evolving to automatically filter and present personalized data. This could be something that gathers tinny pieces of technology that already exist but that when put together, can create a data tailored technology system. At some level, it has an additional value in this new pandemic reality, where touch has become, in a way, more avoidable. So, considering today’s already large pool of data, let’s envision a system where each individual’s data is being automatically filtered, either using a QR-code or some other mobile login or, in some possible way, using a flashing of the user mobile light that identifies him into the dashboard, that automatically triggers the appearance of the displayed filtered data in the user’s device.

So, either in a company where the individual passes by a dashboard and by using that automatic interface, it’s possible to see the data that is relevant to this person’s position, interests or units of business, and the same can happen somewhere else as in an airport - using the data from the current flight, stored in that mobile, to filter data shown and produce additional one, as the most relevant destination’s information, interesting forecasts such as probability do be delayed, or places or restaurants to visit, according to preferences’ list or past trends. The bouquet of options if only limited to imagination.

If data is the essence for reading the past and building the future, then technology must simply be the tool and the means to capitalize it.

We will be glad to share our success stories with you.